Temps are still brutal this morning, but the next 36 hours look promising for our wind chills: 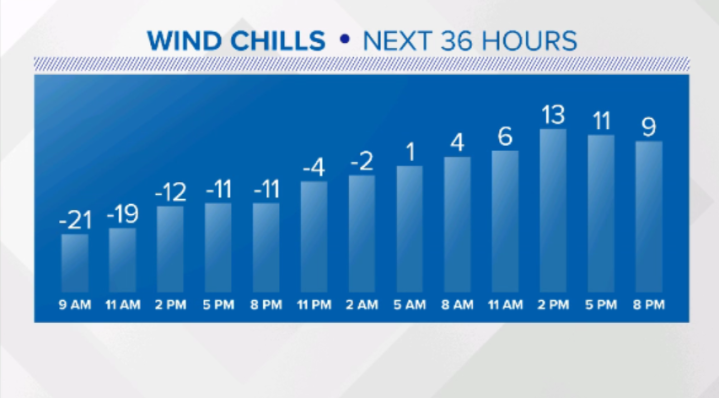 Say goodbye to our record-setting cold air but hello to another round of snow! A clipper system–with much less moisture than our potent one last week–will stream across Illinois and Indiana bringing a widespread area of developing snow late Thursday into Thursday night. Doesn’t look like much at noon today: 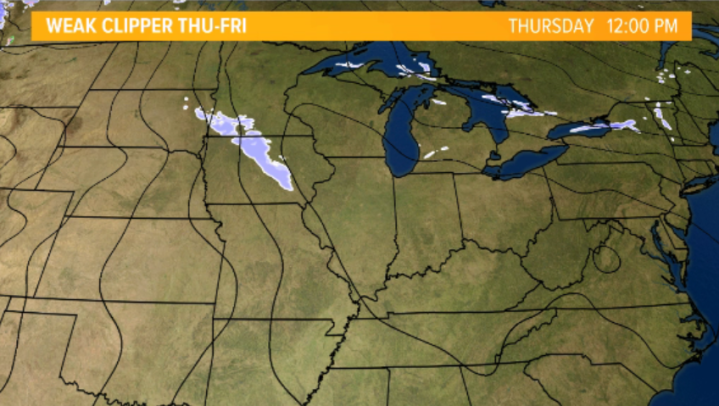 Then it begins to tap into Gulf of Mexico moisture helping an area of snow to expand: 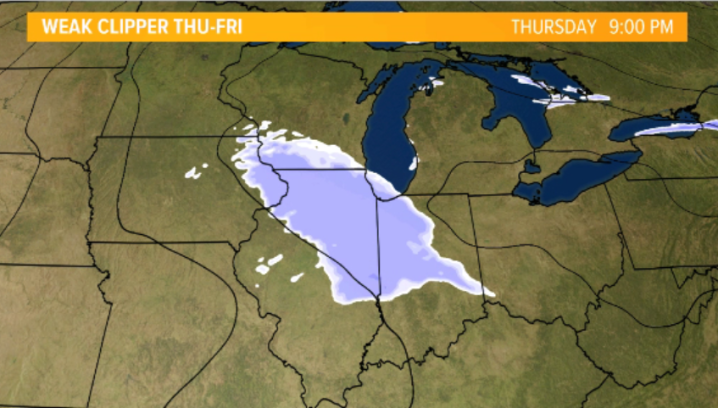 As with most clippers–it’s riding directly on the jetstream so it’s a fast moving. Buh bye! 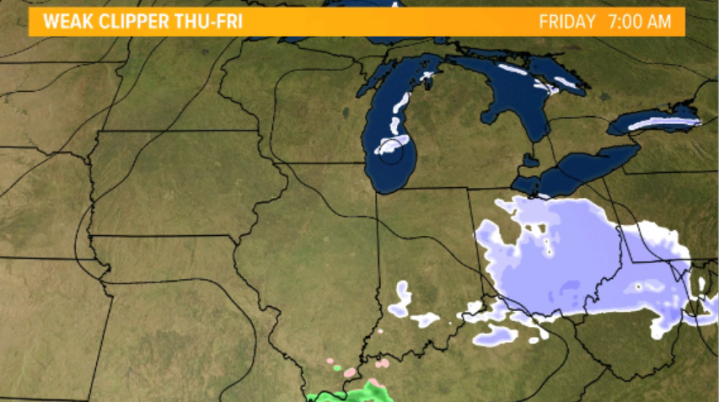 TIMING OUT THE SNOW:

A closer look at the timing here in NW Indiana. Snow looks to start at or just after the evening rush hour. Should be light to moderate for the duration…but steady: 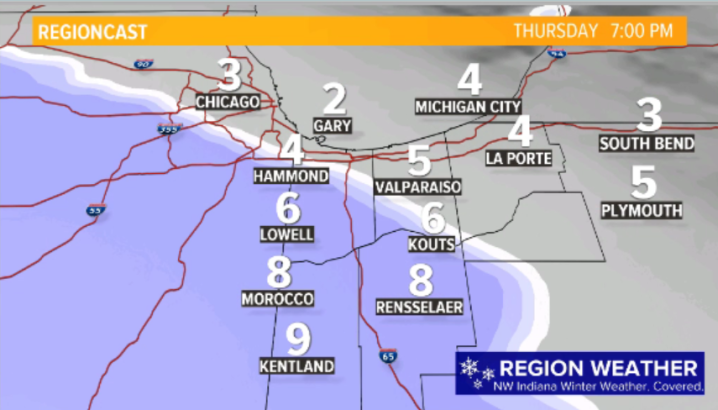 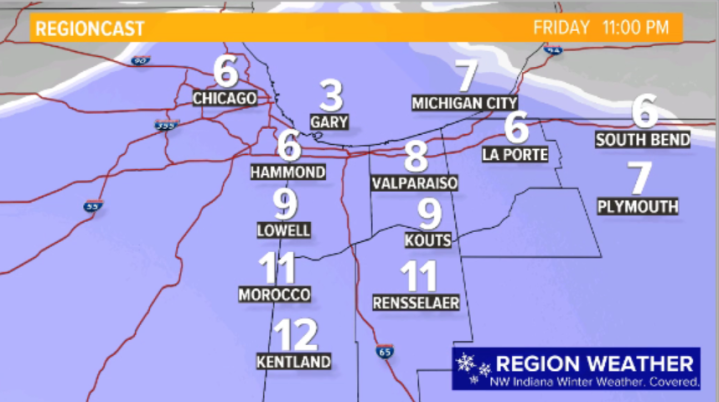 Then begins to wind down in the early morning hours Friday: 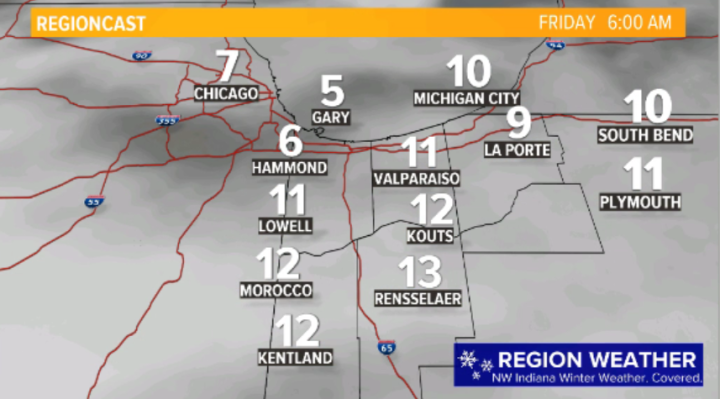 How much? Not much…but enough to make travel slick. We mentioned 1-3 the other day and will stick with our forecast. We’re expecting highest amounts the further south you are located: 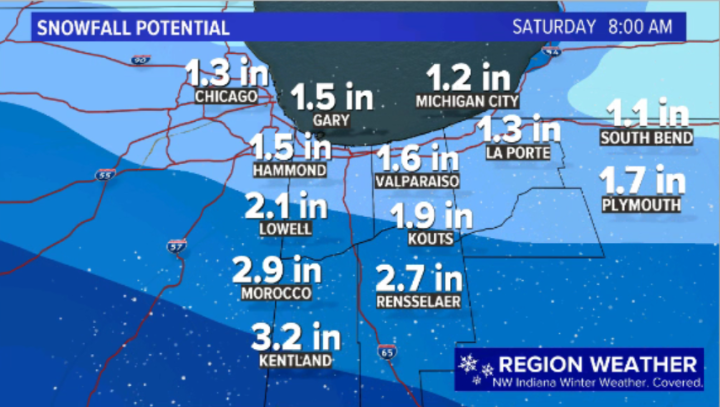 Again, we’ll go 1-3 as I think a blend of the models is best at this point! Then we talk WARM UP. And melting snow. Details in our next update!

SWEET SUMMERTIME IS ON THE WAY