I had to do a double-take when looking at the last two computer model runs of the Euro as it paints an unseasonably strong area of low pressure that rolls through the Region early next week bringing the potential for a unusual August severe weather outbreak. If this system were to hold true, we’d go from hot and humid 80s to cool and refreshingly comfortable 70s with gusty winds. I’ve already said too much–giving credibility to the models this far out is foolish–but it definitely caught my eye and it will be on the radar. Pun intended. Let’s take a look…

This is Monday into Tuesday: 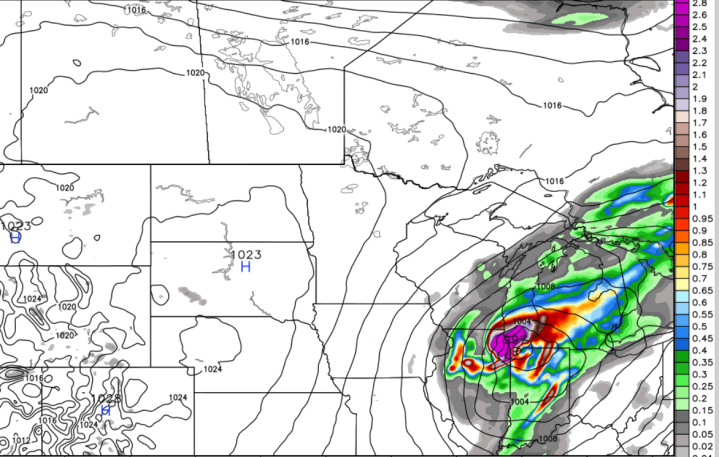 An impressive low pressure with warm, humid air on the front side and cooler, fall-like air on the backside. Severe weather would be likely in the warm sector to the east and southeast of the low pressure. As it moves east, a howling north wind shows up bringing in fall-like refreshment: 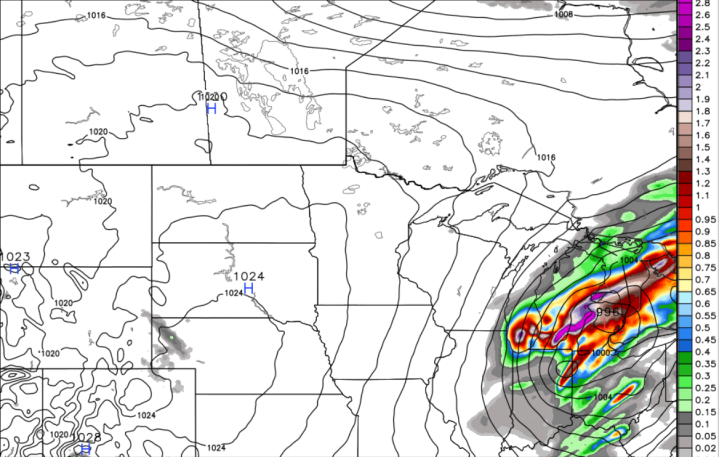 Here are the dewpoints, or how humid it feels. Before the system moves in–very humid:

and behind the system with the fall-like dry air: 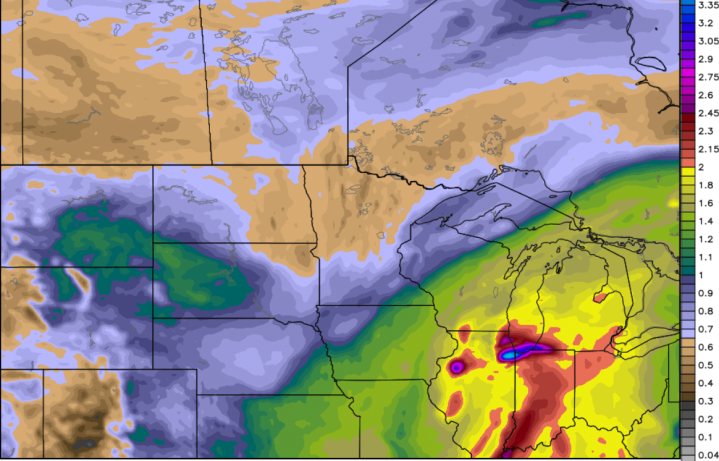 And the bone-dry air behind the system:

Even the American model has some resemblance of a system during the same timeframe:

Just not as compact.

The moral of the story–this is something to watch, but over the next few days, this whole scenario could begin to evolve differently with a weaker low, different track, or totally different outcome.

It did catch my attention though, which is rare on the models during our typical weather doldrums of August. Will keep you updated!