You’ve been hearing about it for the last few weeks as it’s been on our radar (no pun intended) but we’re becoming very confident in a record-setting cold spell next week as the arctic unloads on the Midwest and northeastern United States.

It all starts with an area of low pressure that will pass through the area Sunday into Monday bringing a chance at accumulating snowfall. Behind this system, it drags down a lobe of the arctic air…I mean REAL arctic air. Basically, we have the coldest possible air at the coldest possible time of year. It’s all lining up. Here’s a look at the upper air pattern early next week. 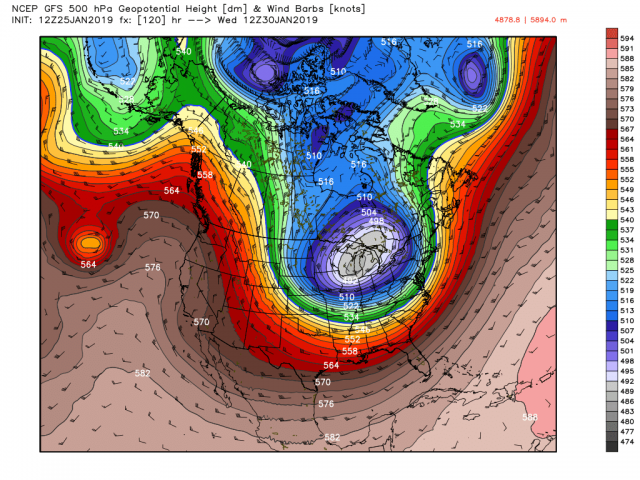 The core of the cold air centers itself right over the Midwest: 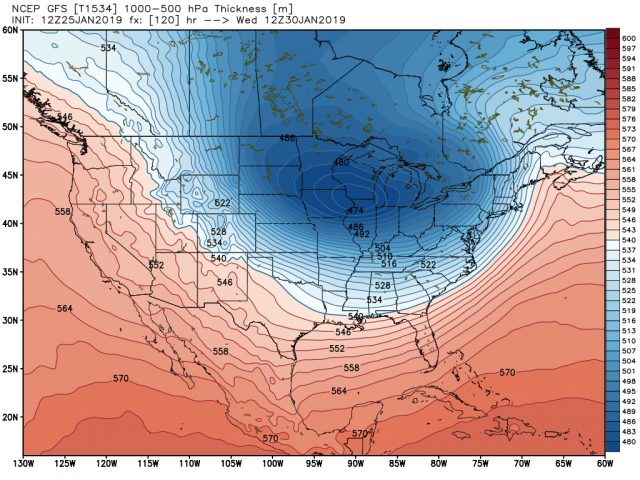 Take a look at the response in temperatures! This cold air won’t moderate much as we have thick snowpack from here to northern Canada–the cold airmass can literally slide right over the snow without warming much at all. Yes, those are -20 and -30 degree air temperatures early Thursday:

Don’t even get me started on wind chill potential. Some models are showing -40 to -50 degree readings with -60 degree readings north and west of here. Unreal. Keep in mind these are the computer model numbers as of now–but they have plenty of merit with the airmass we’ll have in place and a gusty wind. Brutal.